An overview of the news from Biržai Region Museum "Sėla"

During Biržai Jewish History and Culture Week (13-16 June 2019),  a memorial to the victims of the Holocaust was unveiled in Pakamponiai Forest. The participant from the UK, Michael Kretzmer, made a video about the events in Biržai and Plungė. You can watch it here.

The work of the painter E. Skuja returned to Biržai

On 12 October 2019, Juozas Januševičius, a restaurator from Klaipėda, handed over to Biržai Region Museum "Sėla" a picture of a restored Biržai Castle that was painted by by the painter Egilas Skuja. The staff of Biržai Restoration Unit donated the picture to Klaipėda Restoration Unit to commemorate its 15th anniversary, on 23 January 1987.

The service "Digital Reading Room" of the Electronic Archive Information System (EAIS)
The Office of the Chief Archivist of Lithuania has created the service "Digital Reading Room" of the Electronic Archive Information System (EAIS) which ensures a unified access to digital resources kept in the state archives, enhances the accessibility of the documents stored in the state archives, and develops links with interested user groups.
Biržai Region Museum "Sėla" stores probably the largest number of the church metrics out of all regional museums. The museum has already done much in digitizing and publishing digitized church metrics.
The important documents from Toronto were passed from Biržai Region Museum „Sėla“ to the Lithuanian Central State Archives
Currently, when our President Gitanas Nausėda talks about the search  for the remains of the partisan leader Juozas Lukša-Daumantas, Biržai Region Museum „Sėla“ handed over to the Lithuanian Central State Archives a collections of important documents  - the personal correspondence of the expatriate Petras Vilutis. The documents were given to Dalius Žižys, the director of the Lithuanian Central State Archives, who came to our museum.
In the collections of the documents are the letters written to Petras Vilutis by Juozas Lukša-Daumantas himself and his wife Nijolė Bražėnaitė. Juozas Lukša‘s wife names  Petras Vilutis „our matchmaker“ in her letters as P. Vilutis was the one who introduced N. Bražėnaitė to J. Lukša. From the correspondence, it is also evident that the Lithuanians in the west supported the resistance struggle and tried to help people in Lithuania. Although they were people without a place themselves, refugees of war, they tried to get together and believed in the idea of independent Lithuania.
The staff members of Biržai Region Museum “Sėla” S. Kubiliūtė and E. Lansbergienė went to Toronto to commemorate the 100th anniversary of birth of the priest Petras Ažubalis and on their way back, they brought these precious documents last October. Realizing that the documents were of great importance to Lithuania, Dalia Ažubalienė, the relative of the priest, asked to bring the documents to Lithuania still without knowing where they must be kept. This summer D. Ažubalienė came to Lithuania, had some consultations and visits, and finally decided that the Lithuanian Central State Archives are the best place for the document to be stored.
On 4 September 2019, the personal correspondence of the lawyer in exile Petras Vilutis reflecting the connection of the diaspora Lithuanians with our countrymen who had retreated into the woods in the resistance struggle for Lithuania, was given to Dalius Žižys, the director of the Lithuanian Central States Archives. 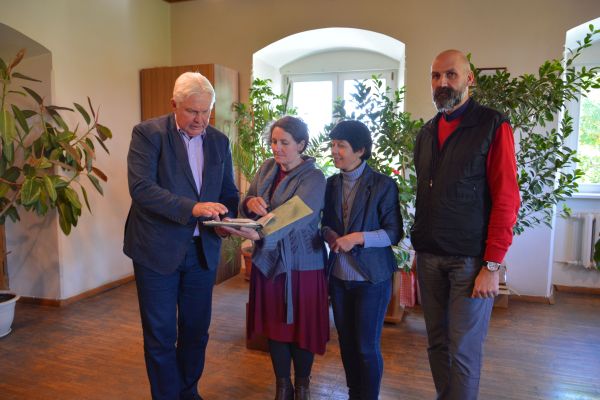 The Baltic Unity Day was celebrated in Biržai, on 20-21 September 2019, with many honourable guests from the Parliaments and ministries of Lithuania and Latvia, as well as people from Latvia and Lithuania, and local Biržai citizens.

There was a great amount of action for everyone: to participate in educational activities demonstrated by the old Baltic artisans, play numerous games and listen to the concerts of the Lithuanian and Latvian performers on the grounds of Biržai castle, to watch documentary films in the building of Biržai regional park administration.

An exhibition of the works of the Latvian painter Gerderts Eliass from the archives of Jelgava History and Art Museum of Gederts Eliass was opened in Biržai Region Museum “Sėla”.

The final events of the day were the performances of Baldone and Vecumnieki Youth Symphony Orchestra “Draugi” (Latvia) and the State Song and Dance Ensemble “Lietuva” (Lithuania) in Biržai Cultural Centre.

The official regalia passed to the representatives of Kuldiga, the organisers of the next Baltic Unity Day in 2020. 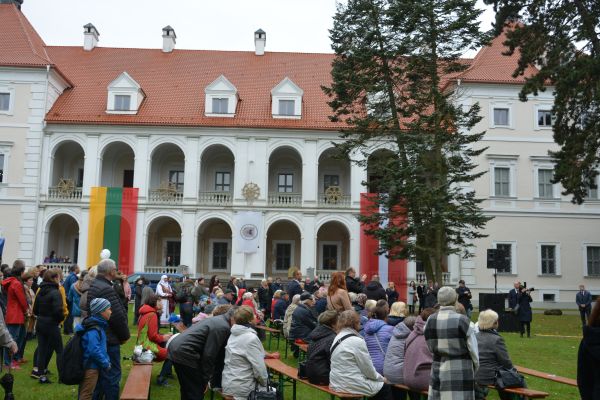 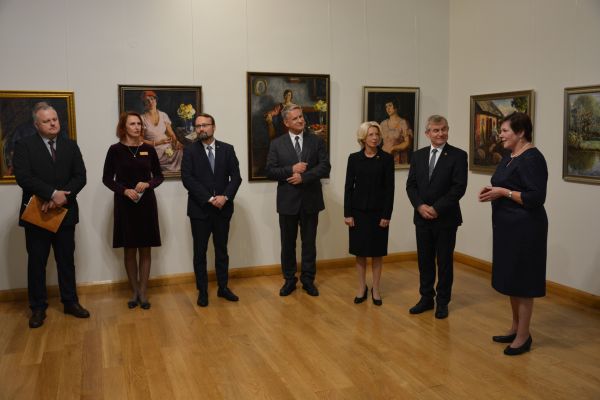